Mackenzie Financial Corp boosted its position in Take-Two Interactive Software, Inc. (NASDAQ:TTWO) by 12.4% in the second quarter, according to its most recent Form 13F filing with the SEC. The institutional investor owned 119,875 shares of the company’s stock after purchasing an additional 13,264 shares during the quarter. Mackenzie Financial Corp owned approximately 0.10% of Take-Two Interactive Software worth $21,220,000 at the end of the most recent reporting period.

Take-Two Interactive Software (NASDAQ:TTWO) last announced its quarterly earnings data on Sunday, August 1st. The company reported $1.01 EPS for the quarter, topping the Zacks’ consensus estimate of $0.89 by $0.12. The firm had revenue of $711.40 million for the quarter, compared to the consensus estimate of $685.64 million. Take-Two Interactive Software had a return on equity of 17.92% and a net margin of 19.45%. The firm’s revenue was down 28.6% compared to the same quarter last year. During the same quarter last year, the business posted $2.30 earnings per share. As a group, analysts anticipate that Take-Two Interactive Software, Inc. will post 2.97 earnings per share for the current year.

In related news, Director Michael Sheresky sold 159 shares of the firm’s stock in a transaction dated Thursday, August 12th. The shares were sold at an average price of $159.08, for a total transaction of $25,293.72. Following the completion of the sale, the director now directly owns 61,421 shares in the company, valued at $9,770,852.68. The transaction was disclosed in a document filed with the SEC, which is available through the SEC website. Insiders own 0.90% of the company’s stock. 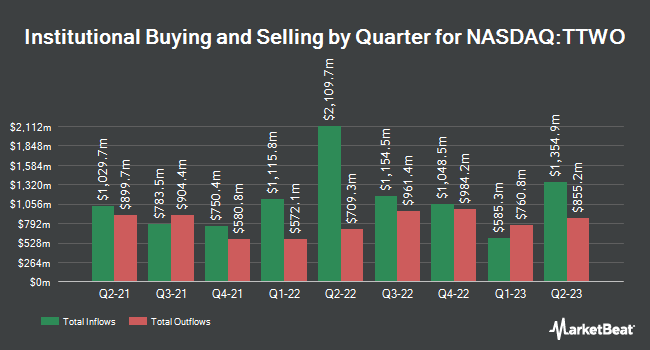 BigCommerce Holdings, Inc. Expected to Announce Earnings of -$0.14 Per Share

Complete the form below to receive the latest headlines and analysts' recommendations for Take-Two Interactive Software with our free daily email newsletter: