ContextLogic (NASDAQ:WISH) last issued its quarterly earnings data on Thursday, August 12th. The company reported ($0.17) EPS for the quarter, missing the Zacks’ consensus estimate of ($0.14) by ($0.03). The company had revenue of $656.00 million for the quarter, compared to analyst estimates of $724.11 million. ContextLogic had a negative return on equity of 296.87% and a negative net margin of 32.07%. As a group, analysts predict that ContextLogic Inc. will post -0.66 EPS for the current year.

ContextLogic Inc operates as a mobile ecommerce company in Europe, North America, South America, and internationally. The company operates Wish platform that connects users to merchants. It also provides marketplace and logistics services to merchants. The company was incorporated in 2010 and is headquartered in San Francisco, California.

Recommended Story: What is the significance of a dead cat bounce?

Want to see what other hedge funds are holding WISH? Visit HoldingsChannel.com to get the latest 13F filings and insider trades for ContextLogic Inc. (NASDAQ:WISH). 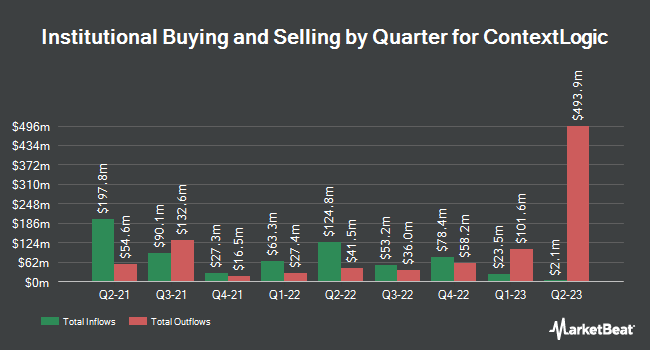 Complete the form below to receive the latest headlines and analysts' recommendations for ContextLogic with our free daily email newsletter: