Fifth Third Bancorp (NASDAQ:FITB) issued its earnings results on Thursday. The financial services provider reported $0.94 earnings per share for the quarter, topping the Zacks’ consensus estimate of $0.81 by $0.13, MarketWatch Earnings reports. Fifth Third Bancorp had a net margin of 25.12% and a return on equity of 10.84%. During the same quarter in the previous year, the business earned $0.23 EPS.

The business also recently declared a quarterly dividend, which was paid on Thursday, July 15th. Stockholders of record on Wednesday, June 30th were given a $0.27 dividend. This represents a $1.08 dividend on an annualized basis and a dividend yield of 2.99%. The ex-dividend date of this dividend was Tuesday, June 29th. Fifth Third Bancorp’s dividend payout ratio (DPR) is 50.00%.

Further Reading: Are 12b-1 Fees Affecting Your Mutual Fund Performance? 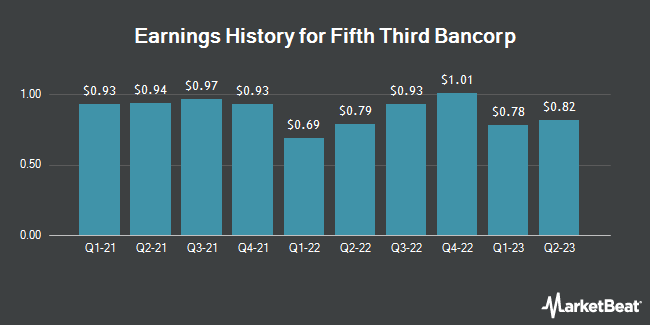 Complete the form below to receive the latest headlines and analysts' recommendations for Fifth Third Bancorp with our free daily email newsletter: