Shares of Schaeffler AG (FRA:SHA) have received an average recommendation of “Hold” from the thirteen ratings firms that are covering the firm, Marketbeat.com reports. Two investment analysts have rated the stock with a sell recommendation, eight have issued a hold recommendation and three have assigned a buy recommendation to the company. The average twelve-month price objective among analysts that have issued ratings on the stock in the last year is €7.55 ($8.88). 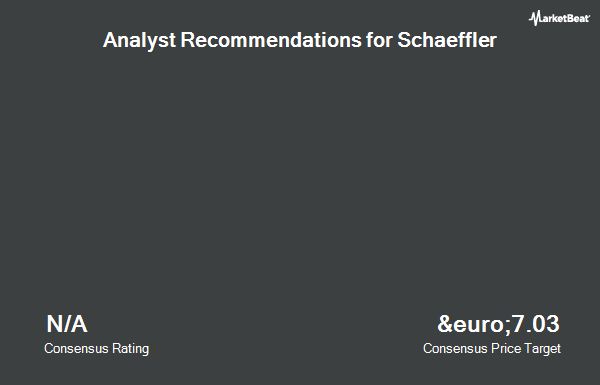 AXA SA Given Average Recommendation of “Buy” by Brokerages

The Cheesecake Factory Price Target Increased to $60.00 by Analysts at Stephens

Complete the form below to receive the latest headlines and analysts' recommendations for Schaeffler with our free daily email newsletter: