Shares of Sumo Logic, Inc. (NASDAQ:SUMO) have been given a consensus rating of “Buy” by the ten research firms that are presently covering the firm, Marketbeat.com reports. Three analysts have rated the stock with a hold recommendation and seven have issued a buy recommendation on the company. The average 1 year target price among brokers that have covered the stock in the last year is $31.38.

Sumo Logic (NASDAQ:SUMO) last announced its quarterly earnings data on Wednesday, March 10th. The company reported ($0.07) earnings per share for the quarter, beating the Thomson Reuters’ consensus estimate of ($0.12) by $0.05. The firm had revenue of $54.20 million during the quarter, compared to the consensus estimate of $52.13 million. Sumo Logic’s quarterly revenue was up 22.3% compared to the same quarter last year. Analysts forecast that Sumo Logic will post -1.65 EPS for the current year.

Featured Article: Are 12b-1 Fees Affecting Your Mutual Fund Performance? 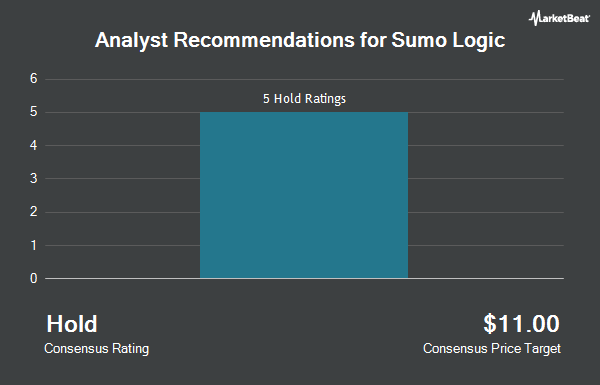 Complete the form below to receive the latest headlines and analysts' recommendations for Sumo Logic with our free daily email newsletter: