Complete the form below to receive the latest headlines and analysts' recommendations for Black Knight with our free daily email newsletter:

Alberta Investment Management Corp bought a new stake in Black Knight Inc (NYSE:BKI) during the first quarter, according to the company in its most recent Form 13F filing with the Securities and Exchange Commission (SEC). The fund bought 79,100 shares of the company’s stock, valued at approximately $4,593,000. Alberta Investment Management Corp owned 0.05% of Black Knight as of its most recent SEC filing.

Black Knight (NYSE:BKI) last announced its earnings results on Tuesday, May 5th. The company reported $0.47 earnings per share (EPS) for the quarter, topping the Zacks’ consensus estimate of $0.45 by $0.02. Black Knight had a net margin of 11.16% and a return on equity of 13.80%. The company had revenue of $290.70 million for the quarter, compared to analyst estimates of $286.59 million. During the same period in the prior year, the business earned $0.44 earnings per share. Black Knight’s quarterly revenue was up 2.6% on a year-over-year basis. On average, equities research analysts forecast that Black Knight Inc will post 1.63 earnings per share for the current fiscal year.

Black Knight, Inc provides integrated software, data, and analytics solutions to the mortgage and consumer loan, real estate, and capital market verticals in the United States. Its Software Solutions segment offers software and hosting solutions comprises MSP, a software as a service application platform for mortgage and home equity loans that automates various areas of loan servicing; Bankruptcy / Foreclosure solutions for managing and automating a range of different workflow processes involving distressed and non-performing loans; Invoicing, a Web-based solution that helps servicers to save time and eliminate errors by automating billing and invoice process; and Empower, a loan origination system used by lenders to originate mortgages, home equity loans, and lines of credit.

Recommended Story: What are some reasons analysts would give stocks a buy rating?

Want to see what other hedge funds are holding BKI? Visit HoldingsChannel.com to get the latest 13F filings and insider trades for Black Knight Inc (NYSE:BKI). 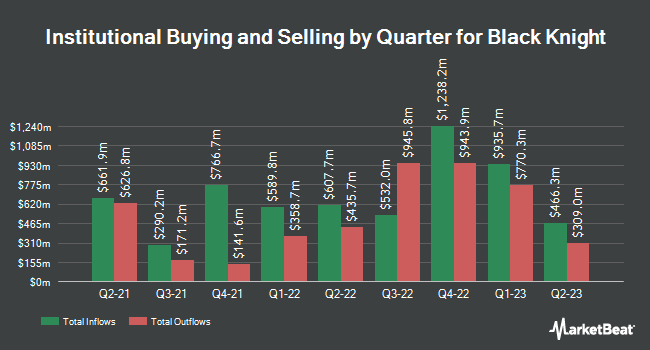 Medtronic Price Target Cut to $120.00 by Analysts at Piper Sandler