Complete the form below to receive the latest headlines and analysts' recommendations for Eastman Kodak with our free daily email newsletter:

Eastman Kodak (NYSE:KODK) Director Philippe D. Katz purchased 40,000 shares of the company’s stock in a transaction on Friday, March 20th. The stock was acquired at an average cost of $1.72 per share, for a total transaction of $68,800.00. Following the completion of the transaction, the director now owns 93,362 shares in the company, valued at $160,582.64. The purchase was disclosed in a filing with the SEC, which is available at the SEC website.

Separately, ValuEngine raised Eastman Kodak from a “sell” rating to a “hold” rating in a research report on Tuesday, January 7th.

Further Reading: What are the Different Types of Leveraged Buyouts? 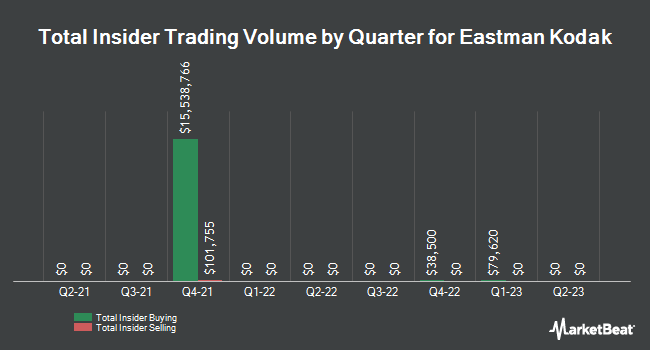