Gray Television (NYSE:GTN) had its price objective lifted by Barrington Research from $26.00 to $30.00 in a research report released on Monday, The Fly reports. They currently have an outperform rating on the stock.

Gray Television (NYSE:GTN) last issued its quarterly earnings data on Thursday, November 7th. The company reported $0.46 earnings per share (EPS) for the quarter, beating the Thomson Reuters’ consensus estimate of $0.25 by $0.21. Gray Television had a return on equity of 16.93% and a net margin of 8.56%. The business had revenue of $517.00 million during the quarter, compared to analyst estimates of $513.80 million. During the same period in the previous year, the firm earned $0.70 EPS. Gray Television’s quarterly revenue was up 85.3% compared to the same quarter last year. Equities research analysts predict that Gray Television will post 0.95 EPS for the current fiscal year. 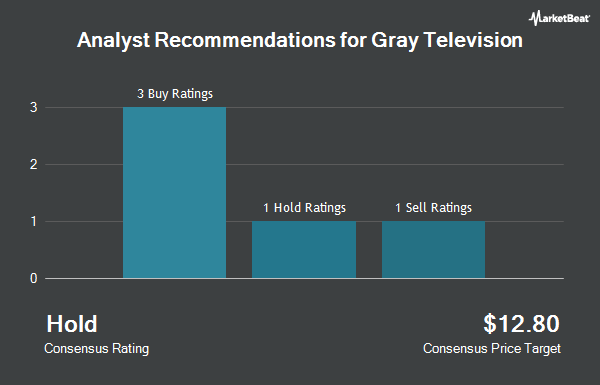