Complete the form below to receive the latest headlines and analysts' recommendations for Anglo American with our free daily email newsletter:

Anglo American (LON:AAL) had its price target upped by stock analysts at Barclays from GBX 1,900 ($24.99) to GBX 2,000 ($26.31) in a research report issued to clients and investors on Wednesday, Digital Look reports. The brokerage currently has an “equal weight” rating on the mining company’s stock. Barclays‘s price objective points to a potential downside of 7.47% from the company’s current price.

Anglo American plc, together with its subsidiaries, engages in exploring, mining, and processing various metals and minerals worldwide. The company explores for rough and polished diamonds, copper, platinum group metals, metallurgical and thermal coal, and iron; and nickel and manganese ores, as well as alloys. 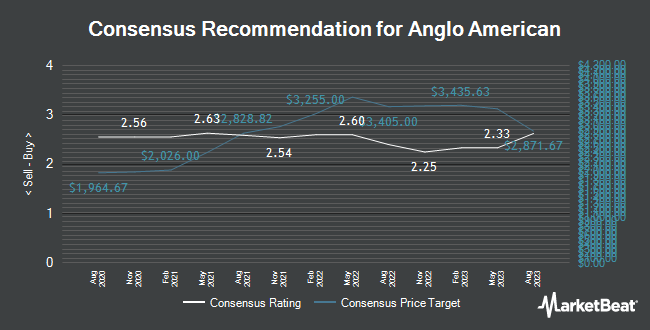