Complete the form below to receive the latest headlines and analysts' recommendations for Baytex Energy with our free daily email newsletter:

Baytex Energy (NYSE:BTE) (TSE:BTE) had its price target decreased by Credit Suisse Group from $3.50 to $3.00 in a research note released on Friday, Stock Target Advisor reports. Credit Suisse Group currently has an outperform rating on the oil and gas producer’s stock.

Baytex Energy (NYSE:BTE) (TSE:BTE) last posted its earnings results on Friday, November 1st. The oil and gas producer reported $0.02 EPS for the quarter, missing the Zacks’ consensus estimate of $0.03 by ($0.01). Baytex Energy had a negative net margin of 7.42% and a positive return on equity of 5.17%. The business had revenue of $321.63 million for the quarter. As a group, sell-side analysts predict that Baytex Energy will post 0.17 earnings per share for the current year.

Recommended Story: What sectors are represented in the Hang Seng index? 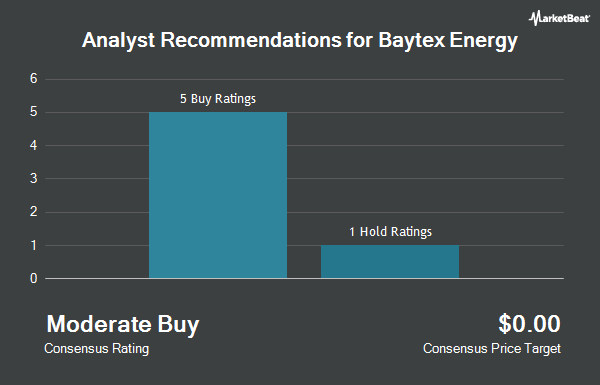