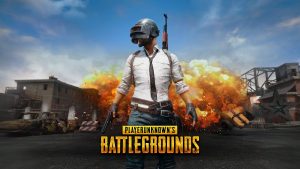 PUBG Corp., the studio behind PlayerUnknown’s Battlegrounds, has launched a lawsuit against Epic Games, the developer of Fortnite. According to The Korea Times, the lawsuit was filed in January of this year, but it only became public this past weekend. The matter will be decided in the Seoul Central District Court.

PUBG launched in March of 2017 and quickly became a massive success. Its popularity has inspired the development of countless clones, with Fortnite emerging as the largest rival. When Fortnite launched its Battle Royale mode in September of 2017, the makers of PUBG said publicly that they were “concerned that Fortnite may be replicating the experience for which PUBG is known.”

Further complicating the matter is the business relationship between Bluehole, the parent company of PUBG Corp., and Epic Games. PUBG runs in the Unreal game engine, which is maintained and developed by Epic. Both companies have also been the recipients of big investments from China’s Tencent conglomeration.

A Bluehole representative said in September of last year, “It was just a bit surprising and disappointing to see our business partner using our name officially to promote the game mode that is pretty similar to us and there was misunderstanding in the community that we’re officially involved in the project.”

This isn’t the first time PUBG Corp. has sued another studio based on alleged copyright infringement. Earlier this year, it sued Chinese gaming giant NetEase over its mobile games Rules of Survival and Knives. The specific details of the copyright claims have not yet been publicly disclosed.