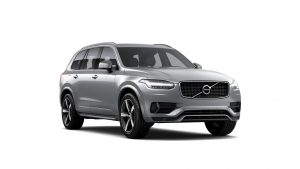 The National Transportation Safety Board has released its preliminary report on an incident involving a self-driving Uber 2017 Volvo XC90 that struck and killed a pedestrian in March. 49-year-old Elaine Herzberg was hit by the vehicle while pushing a bike across a dark road in Tempe, AZ. Uber announced this week that it is shutting down its self-driving operation in Arizona due to the safety issues uncovered recently.

According to the NTSB, the Uber SUV’s sensors first detected Herzberg “about 6 seconds before impact, when the vehicle was traveling at 43 mph. The report found that the software initially misidentified the woman as a vehicle, then as a bicycle. Then, 1.3 seconds before Herzberg was hit, “the self-driving system determined that an emergency braking maneuver was needed to mitigate a collision.”

The vehicle was deliberately put on the road without its emergency braking system turned on, says federal investigators. The Uber 2017 Volvo XC90 comes factory-equipped with an automatic emergency braking function, called City Safety. Uber disables that and several other safety features when the car is being controlled by Uber’s self-driving system.

The NTSB said, “According to Uber, emergency braking maneuvers are not enabled while the vehicle is under computer control, to reduce the potential for erratic vehicle behavior.” Self-driving cars can drive rough when the cars’ cameras or sensors keep seeing potential problems ahead and braking.

Since emergency braking maneuvers were “not enabled” by Uber, it was up to the human safety driver to take over. The human backup driver did not begin braking until after the victim was hit. The safety driver, Rafaela Vasquez, showed no signs of impairment and was not tested for alcohol or drugs at the time.

Federal safety investigators said Uber’s system is not designed to warn safety drivers that they should stop the car in such situations. Data retrieved from the vehicle after the crash “showed that all aspects of the self-driving system were operating normally at the time of the crash,” and there were no error messages. Investigators have not yet given a cause for the crash.