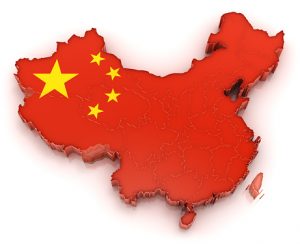 China has launched its newest aircraft carrier with great fanfare. The aircraft carrier left its berth at a shipyard with a blow of its horn and a display of fireworks. The 50,000-ton ship is the first aircraft carrier to be entirely built and designed inside of China. The ship is roughly 1,033 ft in length and 246 ft wide and will be able to carry 32 to 36 J-15 fighter jets.

The new carrier was built by the Dalian Shipbuilding Industry Company. The vessel launched from the port of Dalian, China to begin sea trials. The sea trials could last as long as a year. It remains unclear when the carrier, temporarily named Type 001A, will be commissioned.

This is yet another milestone in the expansion of the country’s navy. Prior to this launch, the People’s Liberation Army Navy officially had one operational carrier, purchased from Ukraine after the collapse of the Soviet Union. That vessel, the Liaoning, served as a training vessel and a combat ship.

In April, Chinese President Xi Jinping announced plans to build a “world-class” navy under the banner of the Chinese Communist Party. The announcement was accompanied by a naval parade of 48 ships, with the Liaoning as the centerpiece. The vessel then led a carrier battle group in live-fire exercises in the Taiwan Strait and in the East China Sea.

The navy has not outlined its shipbuilding plans in any detail, but reports indicate the construction of a third aircraft carrier, with a different design, has already begun. The third aircraft carrier is rumored to employ a more advanced launch system than the current two ships. That vessel is being built at the Jiangnan Shipyard in Shanghai.

The PLA Navy seems to be mainly interested in dominating the waters around the Chinese mainland, including the South China Sea. China is fortifying islands in the region with facilities that have military capabilities. In the Asia region, only Japan can currently equal the Chinese navy.