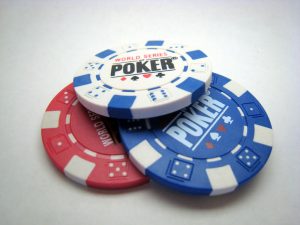 The World Series of Poker is without doubt the biggest poker event on the planet, and poker players need to start refining their strategy in preparation for the huge tournament at the Rio All Suite Hotel and Casino in Nevada. The ultimate Texas Hold’em Main Event runs from July 2nd to the 14th, and is expected to be a big one again. Last year, previously unknown entity in poker circuits Scott Blumstein prevailed over 7,220 other competitors to take home a whopping prize of just over $8 million. Players who want to take part in this epic competition don’t just need a $10,000 stake to enter. They also need to assess their opponents and look to established poker stars to replicate solid strategies.

The 2018 WSOP begins on May 29th and runs until July 17th, with 78 official gold bracelet events in total. There are tournaments with smaller buy-ins, games involving different variants of poker such as Omaha, and Tag Team events. For many, though, it’s all about the Main Event. This is the chance that everyday people have to become poker gods. Before Blumstein, there were many more who made names for themselves by besting everyone and claiming the ultimate poker prize. One of the most notable winners was Chris Moneymaker in 2003. The man, who was previously unknown, was accredited with contributing to the poker boom. Since then, the biggest winner was Jamie Gold in 2006, who walked away with £12 million after beating 8,772 others to the prize.

Players who enter the WSOP Main Event should be ready to encounter some of the biggest names in the business. Seats are assigned randomly, but the tournament will be a hotbed of professionals who play poker for a living. Phil Hellmuth, otherwise known as the Poker Brat, is the most successful player in the WSOP’s history. The 53-year-old has won a record 14 bracelets and has walked away with 131 cashes. Phil Ivey has also been extremely successful, winning 10 bracelets and 59 cashes during his illustrious career. Canadian Daniel Negreanu is another player who has frequently been in the thick of it. The 43-year-old has six bracelets, one ring, and 105 cashes at the paramount poker competition.

Which Players Should Hopefuls Look to Replicate?

Players who enter the WSOP don’t just have to have a strong grasp of how to play poker, they should also be aware of the live table rules which can often differ greatly from the rules in an online poker setting. There are certain things that could happen in live tournaments that would never happen online. One example of this kind of thing is the misdeal, which occurs when a card is accidentally shown, when the dealer gives the cards out in the wrong order, or if someone received too many cards. If this happens, the poker dealer will take the cards back and deal again. A good piece of advice would be to not look at your cards until you know the dealer has finished. If you peer down at pocket aces only to have them snatched away from you, it could put you on tilt.

In a long tournament like the WSOP Main Event, you need to control your emotions. And don’t forget, everything’s being recorded these days. You don’t want to become known as an angry and unlikeable poker player. Look to players like 888 ambassador Vivian Saliba, who is renowned for her friendliness and sociability at the table. This can often work to her advantage, as other players may think she is too nice to trick them with a bluff. In terms of overall strategy, you should go into the tournament with a game plan and stick to it. At times, your heart may try to overrule your head. But if you set yourself a rule from the beginning not to let this happen, it could help you out in those situations.

Another great player to check out is Martin Jacobson. The Swedish poker pro’s first taste of a WSOP Main Event was in 2008, when he crashed out of the tournament on his third hand. He learnt a strong lesson that day, and that was the vital role of patience in a long tournament like the WSOP. Jacobson returned to Vegas in 2014 and went all the way, winning the Main Event for a staggering jackpot of $10 million. Some people require energy drinks to keep sharp during long poker tournaments, but it was perseverance and a sheer will to win that helped the 30-year-old triumph that year.

In the lead up to this year’s competition, watching stars and looking to replicate their strategies is an excellent way to prepare. You could choose a few different players and try to roll all their best qualities into one.

Can’t Make the WSOP? What About One of these Other Huge Competitions?

For many, getting to the WSOP Main Event would be a once in a lifetime opportunity. If you can’t make it this year you could prepare to compete in it another year by entering a different, slightly smaller major tournament first. For instance, there is the 888 Barcelona LIVE tournament at the Casino Barcelona on May 24th to June 4th where the Main Event players will be competing for a grand prize of €500,000. There are also a number of other tournaments and games available, such as the Omaha Pot Limit with €10,000 guaranteed.

In Britain, there is the Grosvenor UK Poker Tour which takes place on various different dates at locations all over the UK. Or if you don’t want to get involved in something too serious, check out live tournaments at your local casino. The more practice you get, the better.

If you are fortunate enough to be going to Las Vegas this year to take part in WSOP 2018, you are going to need to play out of your skin. Those who make it to the final stages don’t just get there by chance, and replicating professionals who have done it before is a great place to start when devising your strategy.