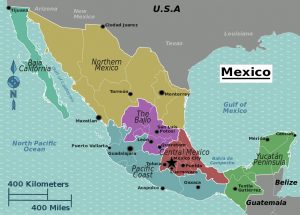 Outrage has erupted across Mexico and on social media after the killing of three students in Guadalajara. The three film students were kidnapped, beaten, killed and their bodies were dissolved in acid. The fate of the students – Javier Salomón Aceves Gastélum, 25; Jesús Daniel Díaz García, 20; and Marcos Francisco García Ávalos, 20 – was revealed earlier this week during a televised news conference.

According to law enforcement authorities, the three students were abducted off the street on March 19 in a case of mistaken identity. Eight suspects linked to the New Generation Jalisco cartel (CJNG), one of Mexico’s most powerful criminal syndicates, are believed to be involved in the killings. Two of the alleged criminals have been apprehended and ordered to stand trial, while six others are being sought.

The three students studied at the University of Audiovisual Media in Guadalajara and were studying at the home of one’s relative just prior to the abduction. According to authorities, two CJNG members were watching the house because they believed a rival criminal known as El Cholo, the leader of the Nueva Plaza criminal group, would be arriving. The three students were not involved in illegal activity.

The heavily armed men who did the abduction reportedly identified themselves as police officers. The armed men took the students to a ranch property and interrogated them while beating them. One of the student’s died from the beating. The kidnappers then concluded that they had to kill the other two as well.

After the students had been murdered, their bodies were taken to another property where they were allegedly dissolved in barrels of sulfuric acid. Authorities found traces of blood at the first property which matched the DNA of Díaz García and found two weapons and 46 barrels of sulfuric acid at the second property. One of the investigators said that 20 genetic samples were collected at the second property, suggesting that other bodies had also been disposed of in the same place.

The disappearance of the students sparked large-scale demonstrations in Guadalajara. Many have expressed skepticism about the official version of events. Demonstrators are calling for the resignation of Jalisco Gov. Aristoteles Sandoval. A shrine dedicated to the students has been erected outside the Jalisco state governor’s residence in Guadalajara.