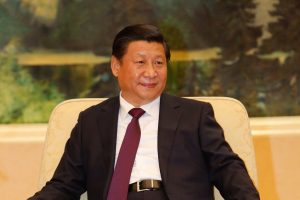 Chinese President Xi Jinping has been formally re-elected to a second term as China’s President. The National People’s Congress voted unanimously for Xi to serve a second five-year term as president in a largely ceremonial vote. Xi was also reappointed as head of the government commission that commands the military.

There is now no limit on the number of terms he can serve. The legislature scrapped term limits for the president and vice president last week. The amendment was passed with just six dissenters out of the 2,970 members of the National People’s Congress. State media has stated that the removal of term limits will not change the conditions for retirement or create a president in perpetuity.

Xi took office as president in 2013 and is the leader of the ruling 90 million-member Communist Party. At 64 years old, he is considered the most powerful Chinese leader since Mao Zedong. He hasn’t said how many additional five-year terms he intends to serve.

State television showed some legislators in tears in the Great Hall of the People after Xi swore an oath to the constitution following his re-election. Other pictures showed ecstatic citizens standing in applause in front of television screens around the country. The state media social media accounts are also publicly supporting the president’s reelection, many with their comments sections disabled. The ones with their comment sections enabled only show supportive remarks from users.

The National People’s Congress also appointed Xi ally Wang Qishan to the post of vice president. He received just one vote against his appointment. Wang’s previous role was as the party’s chief anticorruption enforcer.

Ryan Hass, a former director for China at the National Security Council, said in an interview, “Wang will operate at a more strategic level, in theory to help keep the relationship from going off of the rails.” U.S. President Trump has been considering placing firm trade sanctions and investment restrictions on China, which is likely to result in a backlash from Chinese officials.