How Blockchain is Revolutionising the World of Online Entertainment 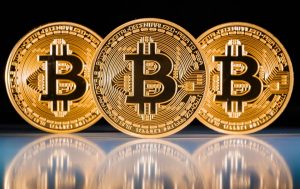 Blockchain technology has long been making itself felt in our lives. No matter whether we trade it, track it, or just read the odd article extolling its virtues, we all know it exists, and that it’s playing an increasingly prominent role in our day-to-day existence.

It should thus come as little surprise that Google searches for it are now at record highs, or that cryptocurrencies are worth significantly more at the current time than they ever were before. From individuals to industries, everyone is capitalising on crypto, not least the gambling sector…

We all know someone who likes a flutter, and there are plenty who place money on the outcome of football matches or try their hand at roulette through reputable online portals like CasinoGames.ca, where roulette is one of the most popular games visitors read about and are looking for insight into. Punters play with varying degrees of success, but all are united by one commonality: that the introduction of blockchain technology could benefit them.

There is a reason that cryptocurrencies are becoming an increasingly popular payment solution online, and this is that they advantage both individual and enterprise to a significant degree. Allowing players to gamble anonymously without even creating an account, they nonetheless offer almost-instant deposit times, protecting both parties in equal measure.

It’s more than just this. Even the most hardened gambler would have to recognise that the house always wins in the end. Most accept this, feeling that the thrill of playing outweighs the slight loss in profits over time, but problems arise when the traditional lack of transparency starts to create suspicion.

This is no good for either the casino or the player, with the former losing custom as a result, and the latter worrying that they’ve been treated unfairly and no longer wanting to try their luck at all.

Cryptography offers an ideal solution, which is why so many casinos are embracing it. Allowing gambling platforms to prove once and for all that they are entirely honest and fair in their dealings, its use is undoubtedly advantageous to both parties.

The wisdom of the crowds reimagined

Most of the benefits made possible by blockchain technology are simple and straightforward to comprehend, but one slightly more abstract advantage is a concept commonly called ‘the wisdom of the crowds’.

These are decentralised prediction markets, and though they existed before the advent of blockchain, their structure was eternally problematic. No longer is this the case. With several projects leveraging this technology to create a stronger and more successful foundation, these markets can now be used to bet on almost anything, from sporting events to elections, in a way that was never possible before.

A new and effective solution to many of the problems inherent in the world of online gambling, blockchain technology and cryptocurrencies provide a natural alternative to more traditional payment methods. The extent of their uptake should thus come as little surprise; their likely future dominance still less.

Could it be that a better and brighter future looms just around the corner? We’d have to say that it’s a distinct possibility.

KLA Co. to Issue Quarterly Dividend of $1.30 on March 1st