Herbalife War Comes To An End 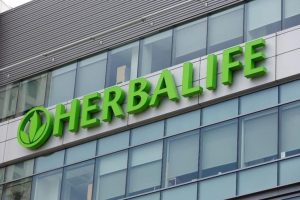 William Ackman has ended his five-year crusade against Herbalife Ltd. (NYSE: HLF), bringing one of Wall Street’s longest-running, most expensive fights to a conclusion. Sources familiar with the matter said the activist investor has largely exited his $1 billion bet against the nutritional products company. Ackman’s Pershing Square Capital Management LP likely lost hundreds of millions in the bruising defeat.

Ackman is one of Wall Street’s most outspoken hedge fund managers. He famously called Herbalife an illegal pyramid scheme and predicted the company would be shut down by the government. He once boasted that Herbalife’s stock was going to zero. Herbalife, which sells through a network of distributors, says it is a legal multi-level-marketing organization, not a pyramid scheme.

Herbalife, in turn, accused Ackman of market manipulation, which the investor denied. Herbalife also built its own website to showcase negative stories about Ackman. In 2013, a live CNBC broadcast involving Ackman and activist investor Carl Icahn, who happens to be Herbalife’s biggest investor, devolved into a shouting match.

Ackman tried to take the fight to Washington, urging regulators and Congress to act. His campaign did lead the Federal Trade Commission to investigate Herbalife. That probe ended in July 2016 after Herbalife agreed to pay a $200 million penalty to settle claims of misrepresenting distributors’ earnings prospects.

The enforcement action was not the death knell Ackman had hoped for. The government didn’t declare the company a pyramid scheme and allowed Herbalife to continue operating. After reaching the settlement with government regulators, Herbalife claimed its problems were over and began buying back shares heavily. Those buybacks led Ackman to restructure his bet last year.

Pershing Square first shorted Herbalife at around $47. A short is a bet that a stock will decrease in value, but can leave an investor exposed to heavy losses if a stock rises sharply. Ackman needed the stock to fall closer to the $30 range to make a profit. Herbalife stock hit high of nearly $96 last week. Icahn now owns 26 percent of Herbalife and has made over $1 billion on the shares, according to financial filings.