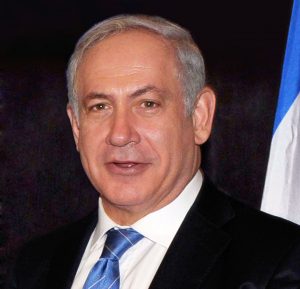 Prime Minister Benjamin Netanyahu of Israel has continued to defiantly defend himself against corruption allegations. An appearance at a conference of local government officials in Tel Aviv, he showed no worries that he could be forced to step down. Of the evidence law-enforcement investigators had amassed against him, Netanyahu has said it is “extreme, full of holes, like Swiss cheese, and holds no water.”

The police are saying there is evidence to prosecute Netanyahu on bribery, fraud and breach of trust charges. He faces three separate corruption cases. The first case involves his alleged acceptance of $300,000 in gifts over the past 10 years. Another case centers on his efforts to gain more positive news coverage in return for political favors to a powerful Israeli newspaper publisher. The third case revolves around a $2 billion deal with a German supplier of submarines and missile ships.

The news of these investigations dominated headlines over the last year. Netanyahu has not disputed that he had accepted gifts, but he accused the police of inflating their value in order to reach the figure of one million shekels, what he also called “a magic number.” As a legal matter, the case now goes to state prosecutors and the attorney general, who will decide whether to file formal charges. If charges are filed, they will be the first against a sitting prime minister in Israel.

A key witness against Netanyahu in the bribery investigation was Yair Lapid, leader of the centrist Yesh Atid party. Netanyahu and his allies have repeatedly claimed that Lapid’s testimony was nothing more than crass political self-interest. Lapid has responded saying he had merely answered the questions investigators asked him.

Netanyahu has spent a combined 12 years as prime minister. He is beloved by his base and respected by his adversaries. There is no acknowledged successor of any stature waiting in line to take his place. However, Netanyahu’s right-leaning governing coalition holds just 66 of 120 seats in Parliament, making his situation a little more perilous.

There have been demands for Mr. Netanyahu’s resignation across much of the news media. There is expected to be a demonstration against him on Friday in downtown Tel Aviv.