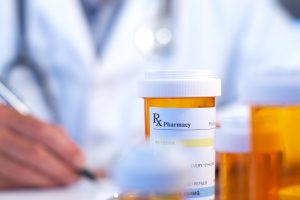 Another company has been accused of putting a life-extending medicine out of reach for some patients. This time, the issue involves a 40-year-old, off-patent cancer drug used to treat brain tumors and Hodgkin lymphoma called lomustine. Its use with other chemotherapies can significantly prolong survival in patients with certain brain tumors.

Lomustine is being supplied by NextSource Biotechnology LLC after the rights were sold by Bristol-Myers Squibb Co. in 2013. NextSource, a little-known Miami startup, has raised the price of the drug, rebranded as Gleostine, nine times since becoming its supplier. The company just raised the price of the highest dose by 20 percent in August and by another 12 percent in November.

Since 2013, the price of the highest dose of the drug has risen 1,400 percent in the U.S. Prior to 2013, lomustine sold for about $50 a capsule for the highest dose. Today, that same capsule costs about $768. Prices also have increased significantly for other doses of the drug.

Robert DiCrisci, chief executive of NextSource, released a statement saying that the drug’s pricing is based on product-development costs, regulatory-agency fees, and the benefit the treatment delivers to patients. The doses are based on body weight, and some patients must take multiple capsules, adding to the cost.

Introduced in 1976, lomustine has no generic competition. That means NextSource has no competitors to discourage it from raising prices. Medicare Part D prescription-benefit plans paid about $608,000 in 2015 for 1,694 lomustine prescriptions in the U.S. That was up from $163,000 the year before.

Valeant Pharmaceuticals International Inc. and Turing Pharmaceuticals have been accused of similar price gouging in recent years. Turing raised the cost of anti-Aids drug Daraprim from $13.50 to $750 a pill, an increase of more than 5,000 percent. Valeant ramped up the prices of two life-saving heart drugs, Isuprel and Nitropress, by 525 percent and 212 percent respectively.

There are currently at least 319 drugs for which U.S. patents have expired but which have no generic versions, according to a list published by U.S. Food and Drug Administration earlier this month. Many of the drugs on the FDA’s list are for small patient populations. The FDA says it will expedite the review of any applications to market generic copies of the drugs on the list. Of the medicines that have a generic version, about 40 percent have only one generic supplier.