Russia To Withdraw Troops From Syria 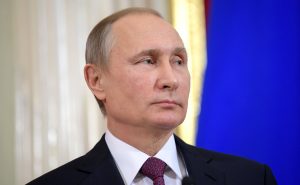 Russian President Vladimir Putin has announced the beginning of a withdrawal of forces from Syria during a surprise visit to a Russian troops stationed at an air base in the country. During the visit to the Khmeimim air base, Putin announced an imminent drawdown of Russian forces and made a declaration of victory in his country’s intervention in the Syrian war. Putin told pilots at the air base, “You are victorious, and you are going home to your families, parents, wives, children and friends.”

The drawdown comes after Russia’s two-year military campaign against ISIS in the region. Russian warplanes secretly flew to Syria in late 2015. The deployment of troops to Syria was Moscow’s first major overseas military campaign since the invasion of Afghanistan in late 1979. According to official statistics, more than 40 Russian soldiers were killed in the intervention, along with a similar number of military contractors.

The visit was Putin’s first known visit to Syria. Russia is now a dominant military power in the region, acting as a counterweight to the West in the Middle East. Putin did leave open the door to a continued Russian presence in Syria, saying that the Khmeimim air base and a naval base at Tartus would remain in operation. Russia extended its lease of the Khmeimim air base for 49 years in July.

The Russian President then traveled across the region to Cairo and Ankara to sign a $21 billion plan to build a nuclear power plant in Egypt. The contract calls for the construction and a supply of nuclear fuel for Egypt’s Dabaa power plant, scheduled to begin operating in 2026. Russia has also signed agreements to build nuclear plants in Turkey and Jordan.

U.S. defense officials said they doubted Putin’s announcement of a troop withdrawal citing similar announcements made in the past. Col. Rob Manning, a Defense Department spokesman, said that the pronouncements “don’t often correspond with actual troop reductions.” There are growing questions about the future role and mission of the U.S. military in Syria. The U.S. has not made a declaration of victory for its own intervention in the region.