Smartphone Use Linked To Chemical Imbalance In Brain 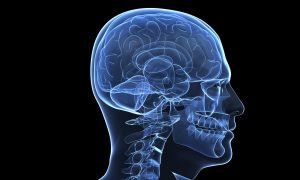 A small new study suggests that excessive smartphone and internet use may harm the brain chemistry of teens. The study found an imbalance of chemicals in the brain of teenagers classified as “internet-addicted.” The research was presented at the Radiological Society of North America’s annual meeting in Chicago by lead study author Dr. Hyung Suk Seo, a professor of neuroradiology at Korea University in Seoul, South Korea. The study has not yet been published in a peer-reviewed journal.

In the new study, researchers examined the brains of 38 teenagers, 19 classified as internet- and smartphone-addicted and 19 classified as nonaddicted teenagers. Internet and smartphone addiction were measured using standardized questionnaires. The American Psychiatric Association defines internet addiction as an excessive use of the internet that leads to impairment of everyday life, sleep and relationships.

The researchers used a form of MRI called magnetic resonance spectroscopy to examine the chemical composition of the brains. In the teens with internet and smartphone addiction, the brain scan showed a much higher level of a neurotransmitter called gamma-aminobutyric acid (GABA) in the brain’s emotional control center than in the control group. Too much of this inhibitory neurotransmitter in the wrong areas of the brain can result in anxiety, depression or addiction

The study showed that the chemical imbalance was similar to that seen in people experiencing anxiety and depression. The increasing prevalence of phones and web devices in society make the results intriguing. The rates of internet addiction in young people could be as high as 18 percent. Further testing on a larger group of people is necessary to further confirm the findings.

The study also showed that the imbalance is reversible. The effects were negated using a type of psychotherapy called cognitive behavioral therapy for several weeks. The therapy involved weekly 75-minute sessions of mindfulness exercises, including recognizing internet impulses, expressing emotions, and finding alternative activities. After nine weeks in cognitive behavioral therapy, all 12 teens with addiction who choose to participate in both the study and the therapy showed decreased or normalized levels of GABA in their brains.