Uber Under Fire For Handling Of Data Breach 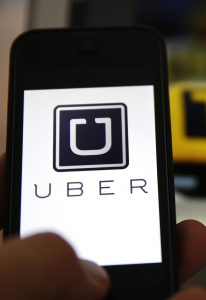 Uber has once again found itself reeling from a new controversy. Revelations has emerged that the company tried to cover up a massive breach last year by paying off the hackers. The company initially kept the massive breach a secret.

About 57 million users and drivers had their names, email addresses and phone numbers accessed. Uber paid the hackers $100,000 to delete the data and not disclose the breach. According to The New York Times, the ride-hailing company made the hackers sign nondisclosure agreements to cover up the cyberattack.

There are many concerns about how Uber handled the cyberattack. New CEO Dara Khosrowshahi acknowledges Uber made some mistakes in handling the breach. Khosrowshahi wrote in a blog post, “We are changing the way we do business, putting integrity at the core of every decision we make and working hard to earn the trust of our customers.”

The episode apparently took place late last year. Former Uber CEO Travis Kalanick apparently learned of the breach a month after it occurred. The company has reportedly fired two executives involved in the response to the breach and the subsequent cover-up.

A series of scandals resulted in the resignation of Kalanick earlier this year. Those scandals included using a software tool called Greyball to evade state and local regulators and allegations of rampant sexual harassment. Khosrowshahi took over for Kalanick in August.

Governments around the globe have launched investigations into the Uber breach. According to legal experts, the company is likely to have run afoul of breach notification laws. Authorities in Britain, the United States, Australia, and the Philippines have all announced taking action.

Some U.S. lawmakers have called for Congressional hearings. Rep. Frank Pallone, Jr. (D-N.J.), ranking member of the House Commerce Committee, said, ”If Uber did indeed secretly pay-off the hackers to keep the breach quiet, then a possible cover up of the incident is problematic and must be investigated.” The ride-sharing company now faces probes from multiple state attorneys general and regulators.

The incident is also likely to trigger an investigation by the Federal Trade Commission (FTC). In an emailed statement, an agency spokesperson said that the agency is “closely evaluating the serious issues raised.” An Uber spokesperson said, “We’ve been in touch with several state Attorney General Offices and the FTC to discuss this issue, and we stand ready to cooperate with them going forward.”