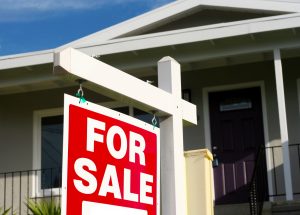 Two of the nation’s biggest residential-construction companies have announced that they are joining forces. The Lennar Corporation (NYSE:LEN) announced that it would buy the CalAtlantic Group (NYSE:CAA) in a stock-and-cash deal worth $5.7 billion. The complete transaction values CalAtlantic at $9.3 billion, including debt.

CalAtlantic shareholders also have the option to take all or a portion of their shares in cash, at $48.26 a share. The cash payments would be limited to a total of $1.2 billion. The major shareholders have agreed to support the deal, which is subject to shareholder approval. The deal is expected to close in the first quarter of 2018.

Together, the companies would form America’s largest home builder with around 240,000 building plots in 21 states. The two companies have a market value of about $18 billion and combined revenue of $17 billion over the past 12 months.

The companies expect to realize $250 million in annual cost savings by merging. In a news release, Lennar’s chief executive Stuart Miller said, “The combined company will have a strong balance sheet and generate significant cash flow available to pay down debt and repurchase shares, which will improve returns on capital and equity.”

The construction of new homes in the United States lags below historical averages. The big housing bust dealt a severe blow to many smaller home builders a decade ago. This year, a series of devastating natural disasters have weighed on home construction. Those disasters include Hurricanes Harvey and Irma in the South and the devastating wildfires in Northern California.

A long-running labor shortage and increased regulatory costs have also weighed on the industry. Many workers left the industry because of the housing bust. Finding the workers to now rebuild the homes damaged by the hurricanes and fires in California could be a challenge. According to a survey published last month, 60 percent of home builders say they had difficulty attracting the right workers during the third quarter of the year.

There is a pressing need for affordable housing for young families. However, higher regulatory expenses make building starter homes too costly. Housing starts across the country declined 4.7 percent last month to 1.127 million units. That was a new low for the year. New construction in the South fell 9.3 percent last month.