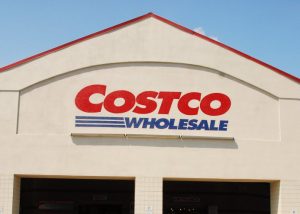 Costco Wholesale (NASDAQ:COST) has announced the roll out of two grocery delivery services for its members. The move brings fresh produce, packaged goods, and other items straight to customers’ homes.

The other is for same-day groceries delivered through a partnership with Instacart. The same day service will be offered at 376 stores in the U.S. and will give customers the choice of roughly 1,700 items.

Richard Galanti, Costco’s chief financial officer, said on an investor call, “We feel good that we’ve got a few delivery options for our members that frankly are better than the ones they [have] with anybody else.”

The membership-based chain is trying to head off some of its largest competitors, including Walmart, the country’s largest grocer, and Amazon.com, which recently purchased Whole Foods Market for $13.6 billion. Amazon Prime, which costs $99 a year, directly competes with Costco’s memberships, where annual membership starts at $60.

Costco is the third-largest grocery retailer in the U.S., after Walmart and Kroger. Albertsons is in fourth place and Amazon is currently ranked fifth.

Some investors and analysts are concerned that giving customers fewer reasons to enter Costco stores will result in lost opportunities. Shares of the company’s stock fell 6 percent following the announcement.