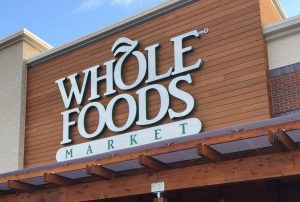 Whole Foods recently made headlines for cutting prices on a variety of popular grocery items. The company cut prices on items such as avocados, rotisserie chicken, and bananas on Aug. 28. However, the price cuts may not be producing the desired results.

Whole Foods’ price cuts did get a lot of attention. Customer traffic on the first day of the reduced prices increased 31 percent over a year earlier. In all, traffic was 17 percent higher during the week after the price reductions, and was four percent higher about two weeks after the lower prices began. The data comes from the Thasos Group, which analyzes information from location data on millions of mobile phones.

The move didn’t significantly change its demographics, according to the new survey, released Tuesday. The people visiting Whole Foods during those first three weeks were no different than those it usually attracts. Its new owner, Amazon, has been trying to broaden Whole Foods’ customer base.

Trader Joe’s shoppers were shown to be defecting at the highest rate. Of the 11 grocers Thasos included in the study, Trader Joe’s 467 stores were located the closest to Whole Foods’ 460 stores. Trader Joe’s still had a 6 percent defection rate three weeks after the acquisition. The rate is calculated by taking the percentage of regular Trader Joe’s customers who visit the chain at least twice a month that reported going to Whole Foods instead on a given day.

Only ten percent of those visiting Whole Foods in the first week said they usually shop at Trader Joe’s, while eight percent said they shop at Sprouts, an organic-food chain primarily located in the Southwest and West. Roughly three percent of the shoppers said they normally visit Target, while two percent were Kroger or Costco shoppers.

Another survey reports that customers have seen little benefit from the lower prices. That survey finds overall prices at Whole Foods have dropped only about one percent since Amazon purchased the company in a $13.7 billion acquisition. The analysis by research firm Gordon Haskett measured prices between Aug. 28 and Sept. 26.