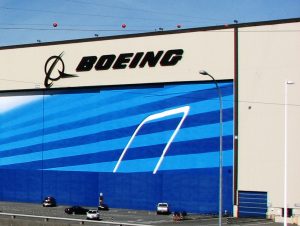 The U.S. Commerce Department levied duties of nearly 220 percent on Canada’s Bombardier C Series aircraft sold in the United States. The Commerce department ruled that Bombardier was selling jets at artificially low prices in the U.S. based on unfair government subsidies. The department said in its preliminary ruling that “the subsidization of goods by foreign governments is something that the Trump Administration takes very seriously.”

Last April, Boeing alleged that Bombardier had received at least $3 billion in subsidies from the governments of Britain, Canada, and the province of Quebec. Boeing claimed that allowed Bombardier to sell 75 CS100 aircraft to Delta Air Lines for less than it cost to build them. Boeing said that the illegal subsidies were “harming aerospace workers in the United States and throughout Boeing’s global supply chain.”

The aircraft manufacturer asked the Commerce Department and the U.S. International Trade Commission (ITC) to investigate Bombardier’s alleged “predatory pricing.” The Commerce department is scheduled to issue its final ruling in the case on Dec. 12. The U.S. penalty will only take effect if the ITC also rules in Boeing’s favor. A final decision by the ITC is expected in early 2018.

Boeing’s complaint against Bombardier raised tensions between the U.S. and its allies, Canada and Britain. The move quickly drew a backlash. Canadian Prime Minister Justin Trudeau threatened to stop doing business with Boeing. British Prime Minister Theresa May said she was “bitterly disappointed” with the decision and expressed concerns about the case.

Bombardier is the largest manufacturing employer in Northern Ireland, which is the poorest of the United Kingdom’s four parts. Bombardier workers at its plant in Belfast have expressed nervousness about the impact of the decision. Bombardier valued the order at $5.6 billion based on the list price of the aircraft.

Bombardier said of the matter, “U.S. trade laws were never intended to be used in this manner, and Boeing is seeking to use a skewed process to stifle competition.” Bombardier has the option to appeal any sanctions to a U.S. court or to a dispute-resolution panel created under the North American Free Trade Agreement (NAFTA). The Canadian government may also choose to take the case to the World Trade Organization in Geneva.

British Business Secretary Greg Clark said he was confident the initial Department of Commerce ruling would be overturned. According to British defense analyst Howard Wheeldon, it is unlikely that Britain would pursue any reprisals against Boeing. The United Kingdom is Boeing’s third largest supply base after the United States and Japan.