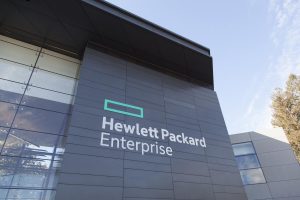 Hewlett Packard Enterprise Co. (NYSE:HPE) reported better-than-expected quarterly earnings and revenue in its fiscal third quarter ended July 31. HPE said that it earned 31 cents a share for the quarter, which topped analysts’ forecasts of a profit of 26 cents a share. During the same period a year ago, the company earned 40 cents a share. HPE reported a 2.5 percent year-over-year rise in revenue to $8.21 billion, beating the average analyst estimate of $7.49 billion.

The data center technology company’s results were helped by higher sales of its networking equipment. Revenue from the company’s enterprise group division rose nearly 3 percent to $6.79 billion, beating the average analyst estimate of $6.37 billion. The division includes its storage and networking businesses and accounts for more than 75 percent of the company’s total revenue.

HPE cut its full-year earnings forecast as a result of the software spinoff. The company now expects full year earnings to fall into a range of $1.36 to $1.40 a share, down from a previous estimate of $1.46 to $1.56 a share. HPE said that it expects to earn between 26 cents and 30 cents a share for its fiscal fourth quarter, lower than analysts’ forecast of 40 cents a share in earnings for the period. The company’s shares rose as much as 5 percent in after-hours trading after the release of the earnings report.

Chief Executive Meg Whitman was asked on a conference call where she stands with regards to her position at HPE. Whitman, who had been a candidate for the CEO job at Uber, said, “I’ve dedicated the last six years of my life to this company. I actually am not going anywhere.”