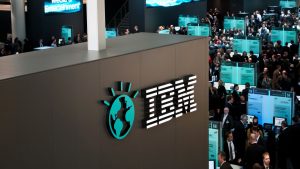 A group of leading retailers and food companies have announced a major blockchain collaboration with IBM (NYSE:IBM). The partnership includes ten leading retail and food companies; Nestlé, Walmart, Dole, Driscoll’s, Golden State Foods, Kroger, McCormick and Company, McLane Company, Nestlé, Tyson Foods, and Unilever. The consortium will work to identify areas across the global food supply chain that could benefit from the blockchain.

The food supply chain is generally composed of three levels; agricultural production, industrial processing, and wholesale or retail distribution. Using the blockchain, product information is digitally connected to food products and entered at every step of the process. All participants in the global food supply chain would be able to access information regarding the origin and state of food for their transactions. While all participating members would have some control, any one member is prevented from having exclusive control of the platform through new democratic governance tools.

According to global estimates from the World Health Organization (WHO) 600 million people globally fall ill as a result of contaminated food annually and around 420,000 die. The WHO also found that nearly 30 percent of all deaths from foodborne diseases are in children under the age of five.

There is nobody currently overseeing the entire supply chain and traceability is undertaken only in a linear fashion. Using blockchain, the odds of quickly identifying a source of contamination is greater because data can be used to pinpoint the source. When a problem arises, a researcher would be able to see across the whole ecosystem and where all the potential points of contamination could be.

IBM has already successfully demonstrated the ways in which blockchain can positively impact global food traceability. Early trials have shown how blockchain technology digitally tracks food products from suppliers to store shelves to consumers. In October 2016, a collaboration was announced between IBM, Walmart, and Tsinghua University to improve the way food is tracked, transported and sold to consumers in China.