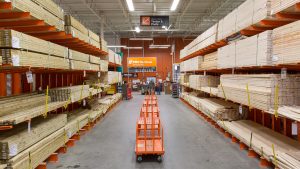 Home Depot and Menards have been accused of deception with regards to the four-by-four boards. The two home improvement retailers are accused of failing to specify that the actual measurements of the 4×4 board are 3.5 by 3.5 inches in a lawsuit which has been filed by two plaintiffs in Illinois’ Northern District.

“Defendant’s representations as to the dimension of these products were false and misleading,” alleges the lawsuit against Home Depot.

The retailers, however, contend that the accusations are bogus arguing that it is widely known and has been a longstanding sector practice and that what the plaintiffs are describing as actual measurements are just nominal designations. But while Eugene Turin, the lawyer who is representing the plaintiffs has acknowledged that they are nominal designations, he disputes the fact that it was common knowledge. Turin further argues that the home improvement stores should be more transparent and disclose that fact.

In their motion to dismiss the lawsuit, the retailers argue that the plaintiffs got their exact dues and consequently did not suffer from an injury-in-fact.

But while the plaintiffs may be able to win the argument that the real dimensions of lumber should have been explicitly stated, they may be unable to prove that any real damage was inflicted on them by buying lumber whose real dimensions were lower than its nominal dimensions. Home Depot also makes that argument that it is possible to buy lumber that actually measures 4 by 4 inches but it would be rough sawn. For dressed lumber to measure 4 by 4 its dimensions would initially have had to be 4.5 by 4.5 inches.

AXEL Trading Up 0.1% This Week