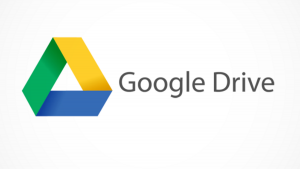 It will soon be possible to backup files from any folder with Google Drive without the files having to be placed inside the Drive folder. This will include files that are located in the entire documents folder, on the desktop or any other location.

The new Google Drive feature will become operational beginning June 28 after a new app named Backup and Sync is released. Since Backup and Sync is integrated to the desktop uploader of Google Photos, current PC or Mac settings in Drive will be respected.

The primary target for the Backup and Sync app are consumer users and customers of G Suite are encouraged to continue using Drive as they await Drive File Stream which is the solution that is focused on enterprises. Drive File Stream is expected to be made available for nonprofit, education, enterprise, business and basic domains later in the year. With Drive File Stream, users will be able to access corporate data sets that are huge without the equivalent space being used up on their hard disks.

The new developments involving Google’s cloud storage service come in the wake of Amazon eliminating its unlimited cloud storage plan that it had been offering for $59.99. This has been replaced with a tiered pricing system which Amazon’s rivals have been using.

For storage space amounting to one terabyte, customers will now be required to pay $59.99 per year in the tiered pricing system. A basic tier offering 100GB will be priced at $11.99 per year. Amazon’s prices are still cheaper than what its competitors charge though. Microsoft Onedrive costs $69.99 per year though it comes with an Office 365 subscription. Dropbox charges $99.99 a year just like Google. Apple’s iCloud costs $120 per year though the storage space is capped at 2 terabyte after a recent upgrade.

As an incentive for Amazon Prime Members, they will get free photo storage via Prime photos. The only condition for this will be the requirement that the photos must be in the JPG format. While RAW files from particular manufacturers of cameras will be accepted, this will not be the case with regards to video files.

Customers whose unlimited storage plans are yet to expire will be allowed to use the service until the current contract expires. From then on the customers will be required to transfer their data elsewhere, delete their content or pay extra for the additional storage space.