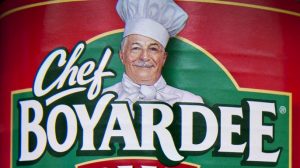 Meatball and spaghetti products weighing approximately 700,125 pounds has been recalled by Conagra Brands after they were mislabeled. According to the Agriculture Department the products were misbranded and contained undeclared allergens. The products that were recalled from the food company that is based in Pennsylvania had milk but this was not indicated on the label of the products. Some of the recalled products were produced earlier in the year between January 5 and January 12.

The U.S. Department of Agriculture revealed that it got to know of the problem on June 6 following a notification to the company by an ingredient supplier that the bread crumbs that formed part of the products that Conagra Brands makes had milk. So far there have been no allergic reaction or illness reports that have been confirmed. Those who bought the affected products were requested to avoid consuming them and instead either return them or discard them.

Inside the inspection mark of the U.S. Department of Agriculture, there is ‘EST.794M’ as the establishment number. Consumers who have questions pertaining to the recall can the customer service representatives of Conagra Brands on 1-866-213-1245. Food safety questions can also be directed to a virtual representative that is available throughout the day at m.askkaren.gov on smartphones or AskKaren.gov.

The recall by Conagra Brands comes at a time when Tyson Foods has recently announced that it would be recalling its breaded chicken products that are ready-to-eat. This was announced last Saturday by the