Boeing Bags Commercial And Military Deals From The Saudis 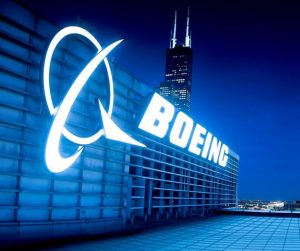 Boeing has emerged as one of the high-profile winners during the visit by the President of the United States to Saudi Arabia. This is after the aircraft maker inked a couple of commercial and defense deals with the kingdom that will see Boeing sell passenger and military planes. Specifically the deal will involve Boeing selling to Saudi Arabia P-8 surveillance aircraft, guided weapons systems and Chinook choppers.

Towards the end of last year the U.S. Department of State revealed that there were plans for Saudi Arabia to purchase CH-47F Chinook cargo choppers besides related equipment, support and training worth approximately $3.51 billion. At the time the U.S. Congress was informed that the number of Chinook helicopters that Saudi Arabia would be buying was 48.

“These announcements reaffirm our commitment to the economic growth, prosperity and national security of both Saudi Arabia and the United States, helping to create or sustain thousands of jobs in our two countries,” said the chief executive officer of Boeing Dennis Muilenburg.

Additionally, Boeing will also sell widebody airplanes numbering 16 to Saudi Gulf Airlines, a commercial airline that is privately owned and which is located in Dammam, a region in the eastern parts of Saudi Arabia. Some of the widebody airplanes that Boeing will sell include the 787 and the 777 aircraft. Saudi Gulf Airlines began operations in 2016.

A joint venture between Boeing and Saudi Arabia will be also be established with the aim of offering sustainment services and this will include on military platforms and equipment that were not supplied by Boeing. There will also be another joint venture aimed at providing support for commercial and military helicopters. The Joint venture known as Saudi Rotorcraft Support Center got its commercial certificate recently and operations are expected to begin in coming weeks. Besides Boeing other organizations that are part of the joint venture include Alsalam Aerospace Industries and Saudi Aerospace Engineering Industries.

In the era of Trump the kingdom is trying to develop closer commercial and defense ties with America as it tries to reduce its economy’s dependence on oil and as it leads a war coalition in Yemen. The war in Yemen is part of Saudi Arabia’s efforts to help restore a government that is internationally recognized to power and end of the control of the Houthi who are backed by Iran. Currently, the Houthi have control in most of the main population centers in Yemen.