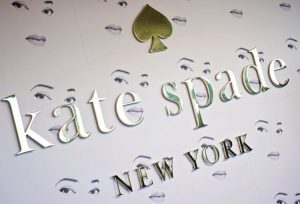 Investors in the Coach brand of luxury handbags think they are getting quite a bargain out of a recent acquisition. Coach Inc just spent $2.4 billion to acquire competitor Kate Spade & Co, sending Coach on one of its biggest stock rallies in many months. In the deal, the rival handbag/accessory maker will receive $18.50 per share, a price that is far below the valuation of its stock from earlier this year.

While the deal may be a good one for the two parties involved, the retail industry as a whole is not responding quite so certainly. Sure, mergers can help companies to cope with falling sales—which has certainly been happening—but takeover targets very rarely fetch big prices.

Coach’s takeover price is more than 27 percent above Kate Spade’s closing price on Dec. 27. This is the actually the day the company first reported on a possible sale. The stock continued to rise since then, and as deal speculation pressed on through February, the share price climbed above $24, demonstrating to investors that the trend could continue.

Still, this is deal many months—perhaps even years—in the making. After all, the 76-year-old Coach brand may be a classic, but they are not as appealing to trendy millennials; at least not as much as Kate Spade, for example. But some are also saying that this merger could help the handbag industry, overall, because consumers are not often willing to pay full price so designers have had to rely on steep discounting.

Regarding the acquisition of Kate Spade, specifically, Luis goes on to cite Kate Spade’s “very strong position amongst millennial consumers,” adding that millennials—while frugal—still make up roughly 60 percent of its customer base.

He goes on to say, “[Kate Spade] a strong leadership position in these emotional attributes of being fun, whimsical and fashionable and feminine. Millennials represents a very significant future growth opportunity in the market as they age.”

With word of the sale on Monday, shares of Kate Spade soared higher than 8 percent, to hit $18.40, just shy of the offer price. Similarly, shares of Coach jumped as more than 9 percent, to $46.56.