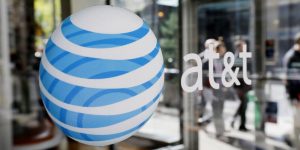 Reports indicate that AT&T will turn to the bond market in Europe in order to finance its purchase of Time Warner. The acquisition will cost AT&T $85.4 billion. In that regard, AT&T is said to be holding meetings in Europe that have been arranged by BNP Paribas and Bank of America Merrill Lynch. The investment banks, however, said that the purpose of the meetings is to update the investors and are not connected to the issuance of a new bond. But market participants are not convinced and they believe AT&T is preparing for a massive transaction that will part euro debt and part US dollar debt.

Last year in October when it was revealed that AT&T had consented to acquiring Time Warner, it was indicated that the deal’s cash portion would be financed by the cash available on the balance sheet as well as with debt. Currently, AT&T has a bridge loan valued at $30 billion that will mature next ear in May.

In recent years, due to the fact that interest rates are currently at an ultra-low level and the market conditions are strong, companies have been taking out bridge loans accompanied by bonds after making acquisitions. The last time AT&T was in the European markets was two years ago when it took out a €2.5 billion dual-tranche loan.

Though the U.S. Department of Justice is yet to approve the deal, the European Commission gave its approval in March.

“It’s moving along as expected. The European Commission has approved it. The Department of Justice is now reviewing it, and we’re working closely with them to answer any questions that they may have,” the chairman, chief executive officer and president of AT&T, Randall Stephenson, said in an earnings call last month.

Chances are high that the deal will be approved despite the fact that U.S. President Donald Trump had vowed in 2016 while on the campaign trail that he would block the acquisition. Such fears faded when Trump’s pick to lead the Department of Justice office charged with the responsibility of reviewing mergers turned out to be Makan Delrahim, a veteran antitrust lawyer.

Delrahim is not only seen as a moderate but had indicated late last year in an interview that his opinion was that no major antitrust issues had been raised by AT&T’s bid to acquire Time Warner. Earlier in the year, Trump also met with Stephenson further raising hopes that he had changed his campaign position on the deal.