Pending Home Sales Up, Slightly, in December; Will This Spark A Recovery? 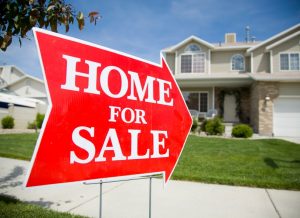 In December, more Americans signed new home contracts than had been originally anticipated. Experts are saying, then, that the increase could reflect that more people are scrambling to take advantage of lower mortgage rates as they continue to rise (and other homeownership costs are following suit).

According to the National Association of Realtors, the seasonally adjusted pending home sales index rose 1.6 percent to 107.3. This is a slight rebound after a decline in November.

In accordance NAR chief economist Lawrence Yun comments, “Pending sales rebounded last month as enough buyers fended off rising mortgage rates and alarmingly low inventory levels to sign a contract. The main storyline in the early months of 2017 will be if supply can meaningfully increase to keep price growth at a moderate enough level for households to absorb higher borrowing costs. Sales will struggle to build on last year’s strong pace if inventory conditions don’t improve.”

Yun goes on to say, “The dismal number of listings in the affordable price range is squeezing prospective first-time buyers the most. As a result, young households are missing out on the wealth gains most homeowners have accrued from the 41 percent cumulative rise in existing home prices since 2011.”
Now, mortgage rates rose nearly one percentage point after the election, reaching most of their highs last month. While they are mostly just recovering from a slow year, rates did begin to rise, again, last week. Economic data for the whole month, of course, is expected later this week and this will show if and how the monthly employment report could influence the moves even more.