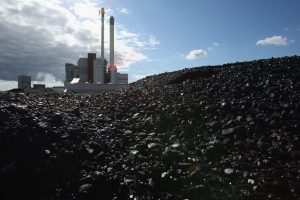 America may have elected a new president but Mr. Trump will not take office until next year.  Until that time, then, the Obama Administration still has a few loose ends he is trying to tie up.  For one, the Department of the Interior has just issued new regulations  aimed at reducing methane emissions from oil and natural gas operations on all federal land.  Indeed, US Secretary of the Interior, Sally Jewell, announced today the Methane and Waste Prevention Rule, as part of the Obama Administration’s Climate Action Plan.  This will be the final rule over how we can reduce the wasteful release of natural gas into the Earth’s atmosphere from emissions as a result of oil and gas operations.

This rule updates regulations first made 30 years ago; these regulations govern the venting, flaring, and natural gas leaks to help curb the wasting of public resources. It is also aimed at reducing harmful methane emissions and, perhaps most importantly, provide fair return on public resources for all federal taxpayers as well as resources used by states and federally-recognized tribes.

“This rule to prevent waste of our nation’s natural gas supplies is good government, plain and simple,” Jewell explains. “We are proving that we can cut harmful methane emissions that contribute to climate change, while putting in place standards that make good economic sense for the nation. Not only will we save more natural gas to power our nation, but we will modernize decades-old standards to keep pace with industry and to ensure a fair return to the American taxpayers for use of a valuable resource that belongs to all of us.”

As you might assume, the United States is the largest natural gas producer in the world. Despite this, though, the American public has not at all benefited from the whole extent of this energy resource due to flaring, venting, and leaks. As a matter of fact, we lost enough natural gas between 2009 and 2015 to serve at least 6 million households per year. In addition, the 2010 Government Accountability Office report indicates that the total amount of wasted gas means that all states, tribes and federal taxpayers lose several million dollars annual in terms of royalty revenue.

The rule will be phased in over the next few years. It requires that oil and gas producers to use whatever technology is currently available to cut flaring in half at all public and tribal oil wells.  Also, operators must periodically inspect their operations for leaks so they can replace any outdated equipment that vents larger amounts of gas into the air.

-$1.18 Earnings Per Share Expected for Zymeworks Inc. This Quarter