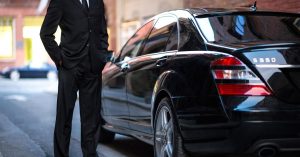 A new report from Bloomberg, released today, indicates that some Uber drivers in Boston will turn down passengers based solely on “black-sounding name” or a photo of a “black” face—twice as often as average.

The study, conducted by a team consisting of members from the Massachusetts Institute of Technology, the University of Washington, and Stanford University and conducted in both Seattle and Boston. The study included more than 1,500 rides using only four black and four white research assistants—of equal gender distribution—who order rides from vehicles over a six week period, in Boston.

In addition, they conducted another test, in Boston, using riders “whose appearance allowed them to plausibly travel as a passenger of either race,” while they did use “African-sounding” or “white-sounding” names. Sure enough, the study found that Uber drivers would favor riders with the latter group of names; in fact, drivers would disproportionately cancel rides for “black-sounding” names even though Uber specifically penalizes drivers who frequently cancel trips.

Altogether, then, researchers now believe that names and photos are, in fact, a major part of the issue. They deduce, then, that information like name and photo actually gives drivers a way to discriminate. While Uber does not show photos to drivers, Lyft does, but passengers are not required to provide a picture, regardless.

Of course, it is against Uber’s policy to discriminate against passengers—so much that doing so can lead to deactivation of a driver who violates the policy.

According to the Uber website “It is unacceptable to refuse to provide services based on characteristics like a person’s race, religion, national origin, disability, sexual orientation, sex, marital status, gender identity, age or any other characteristic protected under relevant federal, state or local law. Actions like these will result in permanent deactivation.”

Similarly, Uber head of North American operations, Rachel Holt, comments, “Ride-sharing apps are changing a transportation status quo that has been unequal for generations, making it easier and more affordable for people to get around. Discrimination has no place in society and no place on Uber. We believe Uber is helping reduce transportation inequities across the board, but studies like this one are helpful in thinking about how we can do even more.”

Indeed, this new generation of sharing companies is learning, as a whole, to deal with issues like this.

“In many ways, the sharing economy is making it up as they go along,” explains Christopher Knittel, who is a professor with the MIT Sloan School of Management. “A lot of this is a learning process, and you can’t expect these companies to have everything perfect right out of the gate.”