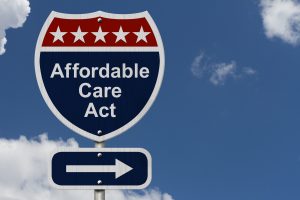 Minnesota governor Mark Dayton (D) laid it out simple—and hard—on Wednesday admitting there are “some serious blemishes right now, and serious deficiencies,” regarding the Affordable Care Act. More specifically, he comments that the reality of the ACA is, quite simply, that more and more people are finding the socialized health care initiative actually affordable.

Of course, Minnesota Republicans point out these are the very same ACA flaws they tried to argue against the policy when single party Democrats first passed it (without even a single Republican in favor of it). At least, according to Minnesota Republican Party chairman Keith Downey, that is.

Dayton makes sure to also note that if Democrats do want to keep the policy alive at all past the 2016 election, “We’re going to need both state and federal governments to step in and do what they need to do to remedy those problems.”

Unfortunately for Dayton, Downey is correct to argue that Republicans did, before all of this began, accurately predict that this is where the policy would head, at least in Minnesota. Still, Dayton is trying to be realistic, noting primarily that the first step to fixing any problem is to simply admit that there is a problem at all.

With that, he says, “The reality is the Affordable Care Act is no longer affordable for increasing numbers of people,” calling now for Congress to fix the law in order to address the rising costs and poor market stability.

But it is important to note that Minnesota is one of the few states to embrace the ACA law so strongly. Under Dayton’s lead, state Minnesota lawmakers created a state-run online market exchange—which they called MNSure—for citizens who cannot get insurance through their employees or other public programs.

At the time the policies first went into effect, in 2013, Dayton and state officials somewhat bragged that their state had the lowest health insurance rates in the entire country.

Unfortunately, after many years of seeing steady increases in premiums, top regulators in the state are now saying that the state’s individual market is in “a state of emergency.”

Still, Dayton reminds “We’ve got 20 million more people covered,” adding, “In Minnesota we’ve got one of the lowest uninsured rates in the country. So it’s been very successful in important ways that I don’t think we want to give up on it.”