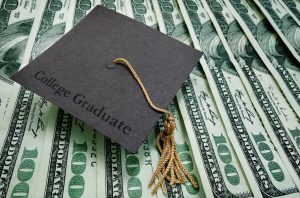 Last week, the United States Department of Education announced plans to strip away the powers of one of the country’s biggest for-profit school accreditors.

This would be the Accrediting Council for Independent Colleges and Schools—the ACICS—which has been under great scrutiny, of late, over its continuous accreditation of colleges with remarkably poor student outcomes. Indeed, many schools reported in the recent controversy have seen the lowest average graduation rates in the nation and their students also have the lowest loan repayment rates.

Recently, two of the largest for-profit college chains in the country—ITT Educational Services and Corinthian Colleges—were shut down because of these controversies. However, they remained accredited by the ACICS even in the midst of several investigations from various government agencies.

Education Department Chief of Staff Emma Vadehra notes “ACICS’s track record does not inspire confidence.” And, over the past few months, more and more critics have chimed in, calling for the Department of Education to take action. This call has been posited to more than a dozen state attorneys general and more than 20 consumer protection and advocacy groups, and even members of Congress.

After all, the purpose of college accrediting agencies, of course, is to make sure that college quality remains high—that students will receive a quality education for the money they spend. When an accreditor places its stamp of approval on a school, though, that institution will receive billions of dollars in federal student aid.

As might be expected, critics who have long extolled over the abuses set forth by for-profit schools, celebrated the new ruling. For example, Center for American Progress senior director for postsecondary education, Ben Miller, comments, “The rot from poor behavior spread beyond just the for-profit schools to the people who were supposed to be looking over them. This is an extremely important decision both in protecting students and taxpayers.”

Of course, the ACICS has also responded that it plans to appeal the decision, from last week, to Education Secretary John King.
Indeed, agency chief executive Roger Williams explains, “While we are disappointed in this decision, ACICS plans to continue diligent efforts to renew and strengthen its policies and practices necessary to demonstrate this agency’s determination to come into full compliance.”