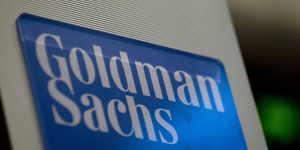 Goldman Sachs Groups Inc has just announced plans to lay off at least 25 percent of its investment bankers in Asia in the midst of a massive slowdown in activity throughout the region. These layoffs, as probably could have been expected, will be concentrated within Hong Kong and Singapore—two major financial centers in Asia—but will not effect how the bank operates in Japan.

Goldman has been pushing for more business in Asia for several decades, which makes this move a significant retreat from policy. It has taken years to cultivate the relationship necessary to develop these ties but now the region remains far less profitable than the bank had originally anticipated, both in the United States and in Europe.

Indeed, China’s economy is slowing, resulting in a more volatile stock market. Furthermore, wild swings in the market, last year, has been effective in all but destroying what could have been a majorly lucrative business for Goldman—and others—involved in underwriting initial public offerings.

“Such a move indicates that Goldman is having a bearish outlook on its prospects in the region, particularly at a time when its mainland rivals are grabbing a bigger market share,” explains Benny Mau, who is a chairman of the Hong Kong Securities Association.

Similarly, Baron & Co headhunting firm managing director Jerry Chang comments, “It is not out of expectation, although I’m surprised to hear that they proposed to lay off such a big number of bankers.”
Chang also notes that Western investment banks have followed a trend of firing staff in Hong Kong, and particularly when these investment banks can no longer make as money as they did before with their existing IPO deals.
Indeed, Chang goes on to say, “More mainland firms seeking public listing in Hong Kong are hiring mainland investment banks, therefore their share of the pie is becoming smaller.”
All things being said, Goldman’s total mergers and acquisitions merger deals throughout the whole of the Asia-Pacific region fell 23 percent to reach to $572.9 billion so far this year, which is a far drop from the $745.7 billion made over the same period in 2015.