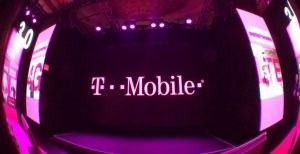 T-Mobile Chief Executive Officer John Legere is warning all iPhone 6, iPhone 6 Plus, and iPhone SE users to avoid updating their phones to Apple iOS 10; at least, for now. This week, the company Tweeted that Apple’s latest big update could result in connectivity issues with T-mobile phones. More importantly, once connection to the network is lost as a result of the update, you must power down the iPhone and restart it if you want to reconnect to the network at all; apparently that is the only way to successfully reconnect.

At least, that is the temporary fix, explains T-Mobile Vice President Neville Ray. He also tweets that Apple is firmly aware of this major bug and is currently working on a more permanent fix. For now, we have to wait at least another 24 to 48 hours to get any more information on the repair.

Of course, this is quite the inopportune time for Apple to experience such problems. After all, it was only a few hours into the iOS 10 launch when they found this problem. But it was also a bit of a problem for t-Mobile, which also just lanced its new T-Mobile One Unlimited Plan. Indeed, a phone that cannot access the network is not exactly a keen way to launch “Uncarrier” benefits like unlimited video and music streaming.

But T-mobile customers are, apparently, not the only ones experiencing problems with the iOS 10 update. In some cases, for example, the update process has failed for some users, leading to a message requesting that the user plug their device into a PC or mac for a complete factory restore of the operating system.

Its a little odd, though, that some people are surprised by these issues, as this is not the first time a problem like this has plagued Apple iPhone users. Similarly, bugs are often found any time there is a software update, no matter the device or operating system. The initial iOS 9.3.2 rollout, you may recall, actually “bricked” Apple 9.7” iPad Pro devices.

While the company has launched a fix—and continue to work on new fixes to prevent the problem—many Apple authorities are advising that you make sure you back up your iOS device before you start your iOS10 update. This way, should there by any issues, you will not lose your data.